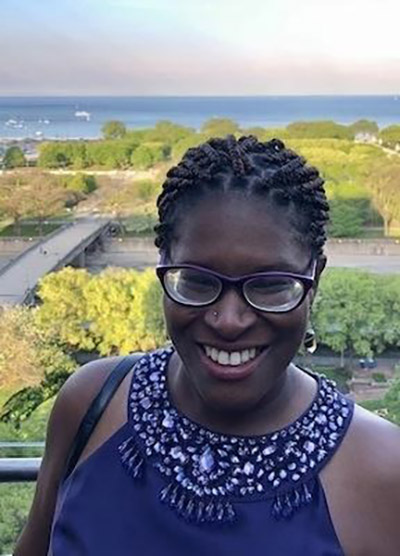 Elandria was a member of the Tennessee Valley Unitarian Universalist Church in Knoxville, Tennessee, where she grew up. Elandria was elected to the UUA board of trustees in 2016 and held a six-year term on the presidential search committee. E (as they were affectionately known) was a founding member of Black Lives of Unitarian Universalism (BLUU) Organizing Collective.

Elandria served earlier on the board of what was then known as the Thomas Jefferson District and on the district’s Anti-Racism Transformation Team; as a trainer and coordinator for Groundwork; as the Southern regional organizing consultant for the UUA Young Adult Office; as a Chrysalis trainer on chaplaincy and leadership development; and twice as general assembly coordinator for Diverse and Revolutionary Unitarian Universalist Multicultural Ministries (DRUUMM).

At the time of Elandria’s death, E was executive director of PeoplesHub and co-editor of Beautiful Solutions. E had also previously worked on the education team of the Highlander Research and Education Center.