A Hearty Welcome — Sister Souurce, Inc. Board of Directors

On behalf of Sister Souurce, Inc. we are pleased to introduce our newly assembled Board of Directors to our viewers and the Black Unitarian Universalist Women & Girls website. We hope our website reflects our continuous progress in enhancing access and providing useful information about Black UU women and girls. We encourage you to explore our site and hope that you find it informative and helpful. 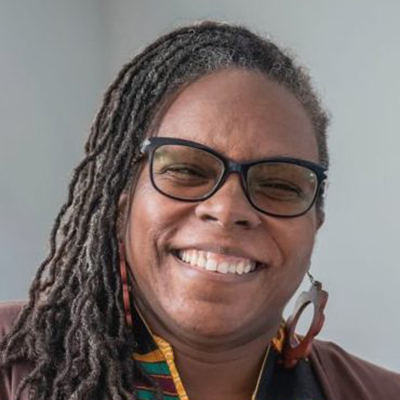 Rev. Kimberly Quinn Johnson serves as minister of the Unitarian Universalist Congregation of the South Fork, on Long Island, in Bridgehampton, New York. She has passion and expertise for racial justice work and ministry with youth. Before ministry, Kimberly worked as a union organizer with the United Auto Workers. She also taught Women’s and Gender Studies at New Jersey City University.

The core of Kimberly’s ministry is faith formation—creating spaces and experiences for people to connect to the sacred, and to express that connection in the world. In her teaching, Kimberly employs the theory and practice of popular education, facilitating the exchange and exploration of our knowledge and experiences to encourage deeper understanding and grounding for action.

Kimberly serves on the Organizing Collective Board for BLUU (Black Lives of Unitarian Universalism). Kimberly also serves as a member of the Steering Committee for UU Class Conversations, and the Board of Trustees of the UU Women’s Federation. She is co-chair of the Unitarian Universalist Association Appointments Committee and vice-president of the St. Lawrence Foundation for Theological Education. She gets to work at the nexus of faith formation, youth ministry, and racial justice as a Program Leader with the UU College of Social Justice. And she’s likely to be spending her summer working with youth through UU Summer Seminary, Faithlab or Thrive, leadership experiences for youth of color. 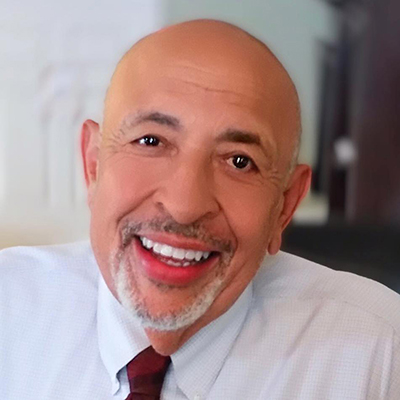 Leon Edward Spencer, EDD, provides counseling and therapy services for individuals, couples and families in and around Statesboro, Georgia, where he resides.

A Unitarian Universalist since the 1960s, when he was stationed in the military in Germany, Leon helped co-found the European UU Conference. He served on the Black Concerns Working Group and the UUA’s Racial & Cultural Diversity Task Force. Leon knows his way around the board room, having served eight years on the UUA Board of Trustees and President of the Board of the Southeast Region (formerly known as the Thomas Jefferson District).  His service on the Board of Meadville Lombard Theological School, one of two UU seminaries in the country, reflects his commitment to anti-racism work and the critical role of ministry in dismantling white supremacy.

Leon Spencer’s work on behalf of anti-racism and anti-oppression efforts for Unitarian Universalist congregations began in 1985, when he helped establish the Black Concerns Working Group. He has participated in the Jubilee Working Group, the Journey Toward Wholeness Transformation Team, and the Diverse and Revolutionary Unitarian Universalist Multicultural Ministries, known as DRUUMM.

In 2017, Leon served as Interim Co-President of the UUA along with Rev. Sofia Betancourt and Rev. William G. Sinkford. Leon collaborates well with others as demonstrated in his co︅-authorship of the publication, The Arc of the Universe is Long: UUs, Anti-Racism and the Journey from Calgary. This masterful collection chronicles the history of the UUA’s journey toward becoming an anti-racist, anti-oppression and multicultural movement.

Leon is a member of the UU Fellowship of Statesboro, Georgia, along with his wife, Inge.

Carol has been a leader at both her former and current congregations. At Paint Branch, she currently serves as a member of the Board of Trustees, Leadership Advisory Council of the Diversity/Anti-Racism Transformation Team, member of the Transitional Ministry and Church Administrator Search Teams, and member of the Denominational Affairs Committee, and Membership Team. She is a co-chair of a church committee establishing a county-wide faith-based community organization.

She is currently a co-chair of the Central East Region’s Chalice Lighters Program Committee, a regional grantmaking body. She is also serving on the Committee on Ministry for a local community minister in preliminary fellowship. At the denominational level, Carol is currently a Beyond Categorical Thinking facilitator and a member of the BLUU Council of Elders.

Carol is a native of and currently lives in Washington, DC. She has been an active volunteer in church and civic associations since her 2006 retirement as a senior manager at the US Department of Health and Human Services. She has a daughter, son-in-law, and three grandchildren who live in the Northern Virginia suburbs of Washington, DC; and a sister, Carmelita, who is also an active UU. 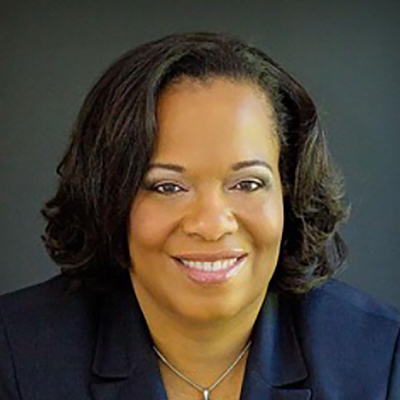 Libra Finley-McKennie is a proud graduate of Georgia State University, attaining her Bachelor’s degree in Business Administration in Risk Management. Based in Atlanta, Libra is an accomplished insurance executive with more than 20 years of industry experience. Libra joined the company, Zurich, in 2017 as a Territory Lead and was promoted in 2020 to her current role as Umbrella Underwriting Manager for the Southeast (SE) territory. In that role, she is responsible for strategically and profitably growing the umbrella portfolio, developing and coaching a highly effective team of underwriters, as well as strengthening relationships between Zurich’s broker and client partners.

At Zurich, she has offered her considerable talent and expertise to numerous projects.  For the Invest in Underwriting project, whose objective was to simplify underwriters’ workday by reducing bureaucracy and needless over-complexity, she was a part of the Improving Day-to-Day workstream, helping to simplify and improve the everyday working environment for the Zurich North America underwriting community.

She has also been a member of various ERGs (Employee Resource Groups), including ZAAA (Zurich African Ancestry Alliance), WIN (Women’s Innovation Network), and PrideZ, a group recognizing Zurich’s lesbian, gay, bisexual, transgender community and their allies across the company. 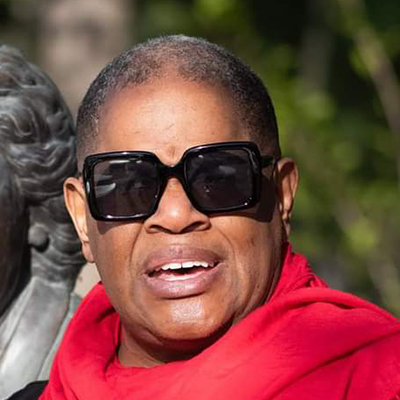 Rev. Chris Long (he/him/his) is currently the Assistant Minister at Community Church of New York. He is a graduate of Starr King School for the Ministry (Berkeley, California) and ordained by the First Unitarian Church of Oakland (California – both in 2009). Chris aspires to live into and embody his calling of educating and countering oppressions (Starr King’s educational philosophy) through ancestral wisdom, challenge and love while growing more of the Beloved Community. 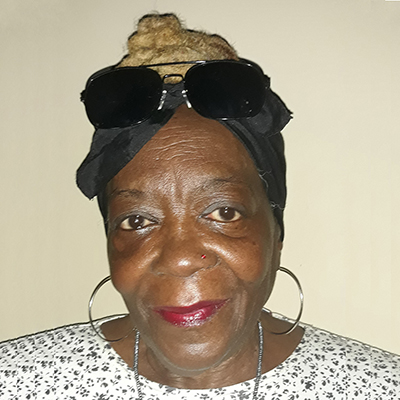 Vivian Pollard resides in Stonecrest, Georgia where she devotes most of her time volunteering. She has a particular passion for helping and engaging with incarcerated women and girls. She started the first “Rites of Passage” for girls ages 12-16 in Lithonia, Georgia. Her passion led her to the Department of Juvenile Justice to teach “Life Skills” to girls aging out of the juvenile system preparing for employment. Her recognition of the intersection of politics and social justice inspired her service on the advisory board for newly elected Representative Angela Moore. Her sense of community and her spirit of volunteerism make her a perfect match for the community development project, Seniors of Stonecrest (SOS).

In her spare time Vivian enjoys music, a good game of chess and astrology. Born on Friday the 13th, Vivian has always questioned WHY? Growing up under the watchful eye of her evangelical grandmother provided a religious foundation that she later challenged. She came to UUism after several invitations from friends. She eventually became a charter member of Thurman Hamer Ellington (THE) UU Church, an intentionally diverse startup. Having developed an interest in theology while working at Emory University’s Candler School of Theology, she took courses and began to pursue ministry. She served as the ministerial intern at THE. She sometimes entertains the thought of completing her studies.

Among her many pursuits not yet achieved is a fencing class. She is merely awaiting the right time and the right teacher.

1Sojourner Truth Congregation was one of three extension congregations founded in the late 1980s and underwritten by the Veatch Fund through the UUA. These congregations were freestanding congregations begun with ministers in place with the thought that this would attract African-Americans to the denomination. Sojourner Truth existed from 1989 to 2001 when it closed its doors because it was not able to grow enough to become financially self-sufficient.