It was a dark and dreary night when the text came. The Revolutionary Petunia Committee had not been convened since 2008. So it was with great trepidation that I read the text from my friend convening the Committee. The Revolutionary Petunia Committee is comprised of women that my friend initially commissioned to help her get through the rigors of medical school. We read and edited papers, listened to lectures, critiqued medical attire, visited arrogant instructors, attended countless functions and were the recipients of midnight rants, meltdowns, celebrations and finally, graduation!

Let the record show that no living creature was killed in the making of this story (not by our hands anyway).  We are not responsible for the death of the mongoose. We believe upon examination that the mongoose may have committed suicide. But I am getting ahead of myself.  However we do believe that the mongoose was involved in some foul play, that is, suicide under duress. After abdicating its responsibilities of which we have no knowledge, after days of self-inflicted torture and a series of unfortunate mishaps scurrying around other four-legged predators, doorways, and furniture, resulting in a concussion and other indignities. It is surmised that the thought of facing the Revolutionary Petunia Committee was just too much for the mongoose. It took one last sip of the blue Kool-Aid while Mama Bad Ass was waving her machete and shouting, “Flatten the box.”

“Dear Lord, take me into the light,” begged the mongoose. “I am ready!” it implored as it gave up the ghost.

The moral of this story is don’t mess with the RPC. They make strong men drop to their knees, weak women cry for redemption and misguided mongoose holler for mercy.

Rest in peace. Is there a mongoose heaven? What a bold act of courage to sacrifice yourself for another’s safety when you were the source of danger. What caused the change in plans? No one knows but it is suspected that the mongoose got the wrong assignment and was clearly outnumbered and outsmarted and decided to take the easy way out rather than face the wrath of the warriors of the RPC.

These wild women were prepared to seize control of their lives and step up to dangers seen and unseen.

“My work here is done,” the suicide note read. “It is time to leave,” penned the mongoose with faltering hand.  Who was this mysterious mongoose and why had its life come to such an end? It seems we will never know.

A female driver was stopped around midnight along with two additional suspects in a 1955 pink Cadillac – Coupe de Ville. The driver was wearing what appeared to be face paint that smelled strongly like chicken blood. When asked about the “appearance” of the driver, the passenger in the back seat volunteered that they were returning from a dance performance.  This explained the facial paint, the shakaree and drums. However, the machete, the driver stated, was for the fireburn dance. The back seat passenger turned to the passenger in the front seat and asked in a puzzled voice, “How did you let this happen?”

It is suspected that they might have been involved in some subversive activities initiated by expatriates from Stateside. After a thorough computer search of the driver/suspect the individuals were given a ticket for a malfunctioning brake light and dismissed with a warning that cult activities would not be tolerated on the Island.

Later that night they were seen burying what looked like a mongoose in full regalia, accompanied by drumming and dancing. The turnout was one of the largest ever witnessed in mongoose circles. It is believed the deceased was from royalty lineage, a direct descendent of the first family of mongoose imported to St. Croix to counter the rat problem.

And so, the RPC dispersed until the next dark and dreary night when it might be called upon to rescue you or yours from a fate worse than death. 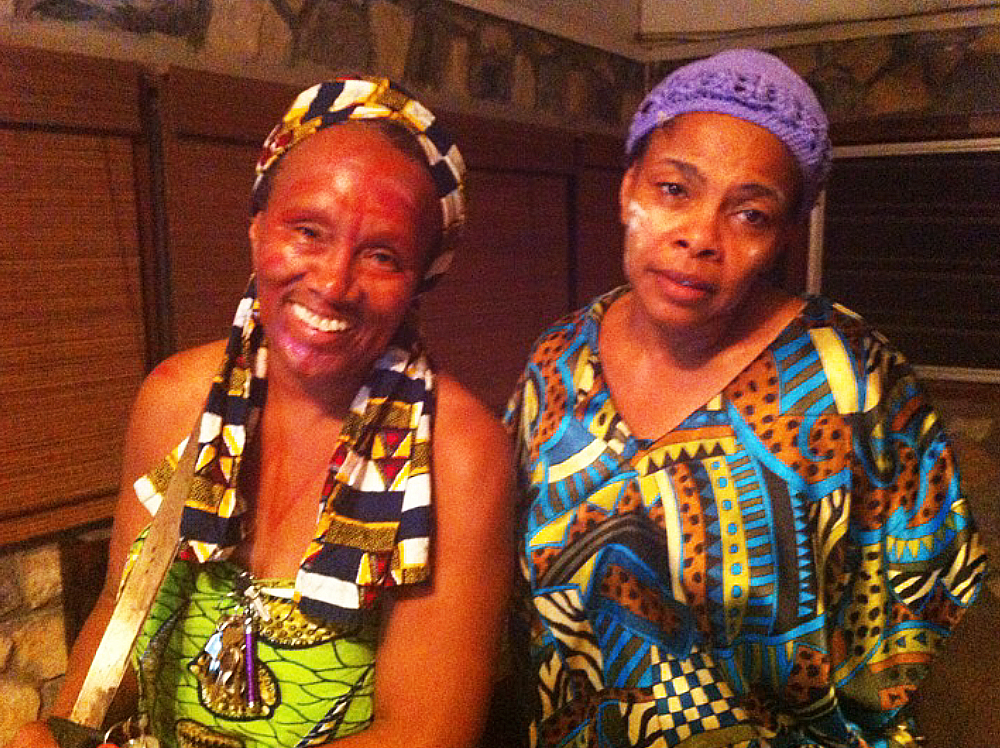