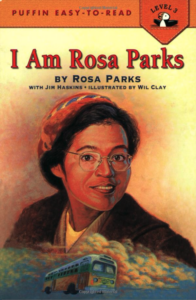 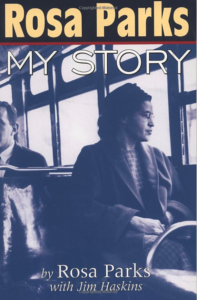 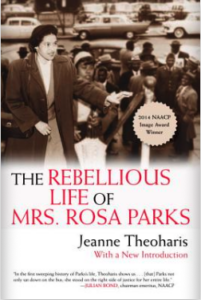 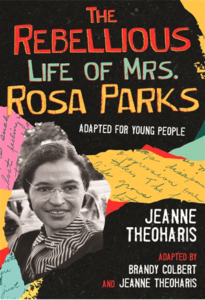 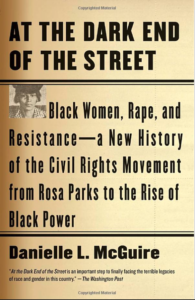 Various books by and about Rosa Parks

I am presently reading several books written by different authors about the life of Rosa Parks. Meanwhile, a group of Tennessee parents have filed a complaint about another book titled, Ruby Bridges Goes to School. If you recall, Ruby Bridges is the little six-year-old black girl who integrated her New Orleans elementary school in 1960. She walked daily through angry white crowds that threatened to poison her and lynch her. Once they even held up a small casket with a black doll inside which had to be both puzzling and frightening to a six-year-old who just wanted to go to school like other six-year-olds.

In 2020 in Pennsylvania the Central York School District banned a list of books including, I Am Rosa Parks, a primer written by Brad Meltzer. Leonard Pitts Jr., Miami Herald columnist, reminds us that one of the first acts of the Nazi regime was to burn 25,000 books. Pitts states the following:

“Those who ban and burn books seek to ban and burn the courage it takes to grapple with that which might leave you challenged or changed. They fight for ignorance. So, it’s easy to see why they consider books dangerous. If you’re not careful with them, you just might learn something.”

This book, published in 1997, targets ages 6-9 and grades 1-3. It is 48 pages in length with colorful illustrations. The book is lively, fast-paced and perfect for youth who are reading on their own. Nevertheless, I read it to my eight-year-old granddaughter, Malia. Every Sunday we Facetime and read stories to each other. She interrupted me with lots of questions, looking very serious and concerned about how blacks were treated during the Jim Crow era in the south.

Rosa Parks: My Story by Rosa Parks with Jim Haskins

This book, published in 1992 is 192 pages. It is the adult version of Parks’ book, I Am Rosa Parks. While it lacks the colorful pictures the children’s version has, it has several black-and-white pictures. It is an invaluable account of Rosa Parks’ life told in her own words. The book contains a chronology that captures all the major events in Rosa Parks’ iconic life.

This account of Rosa Parks’ life is part of the “revisioning history for young people series.” The series includes a queer history of the United States for young people by Michael Bronski and an indigenous peoples’ history of the United States for young people by Roxanne Dunbar-Ortiz. The 296 pages are filled with carefully researched information about Rosa Parks’ life. The publisher is our own Beacon Press, the UUA-owned publishing company. If the authors were not impressive enough, the testimonials include two of Black America’s high-profile activists, Dr. Melissa Harris-Perry (who is a UU) and Bryan Stevenson, author of Just Mercy. Both individuals are past Ware Lecturers at Unitarian Universalist General Assembly.

At the Dark End of the Street: Black Women, Rape, and Resistance – a New History of the Civil Rights Movement from Rosa Parks to the Rise of Black Power by Danielle L. McGuire

Rosa Parks was contacted a few days after the NAACP received a call in its Montgomery, Alabama branch office. They assigned and sent their best investigator, Parks, to meet with Recy Taylor. On the night of September 3, 1944, Recy Taylor had been abducted and raped by a gang of white males while returning from church with a friend and the friend’s son.

Parks’ investigation helped form the committee for equal justice and according to McGuire, “that investigation would launch a movement that would ultimately change the world.”[1] Eleven years later the organization leaders evolved into the Montgomery Improvement Association.

Websites for teaching and learning about Rosa Parks