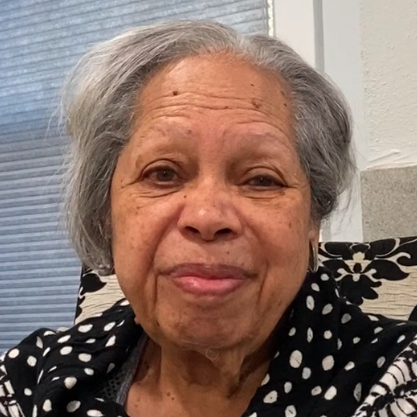 The Unitarian Universalist Retired Ministers and Partners Association (UURMAPA) held their virtual Fall Conference August 24-26, 2022. The Conference featured a tribute to Rev. Dr. Yvonne Seon, the first African American woman ordained and fellowshipped as a UU minister in 1981. Approaching eighty-five, Rev. Seon’s unique perspective has been shaped by a Pentocostal grandmother and an interfaith childhood in which she was exposed to multiple faith traditions. The following videos capture not only Rev. Seon’s experiences but the three respondents who reflect on her shared memories. The respondents included: Rev. Leslie Takahashi, minister at Mt. Diablo UU Church in Walnut Creek, California; Diane Miller, former UUA Director of Ministry; and Rev. Dr. Qiyamah A. Rahman, Executive Director of Sister Souurce, Inc. and author of The Rough Side of the Mountain: Black Women’s Ministries in UUism.

In Part 1 of this series of short videos, her daughter, Felicia Chappelle, poses questions to Rev. Dr. Yvonne Seon, who shares early memories of her grandmother’s ministry and influence.

In Part 2, Rev. Dr. Yvonne Seon shares her experiences with divinity school, the UUA and All Souls Church.

In Part 3, Rev. Dr. Yvonne Seon shares her thoughts on how elder ministers can support emerging women in leadership.

Rev. Dr. Yvonne Seon is a trailblazer in the development of African American studies curricula, and the first African American woman ordained as a Unitarian Universalist minister. She was born Yvonne Reed on December 20, 1937, in Washington, District of Columbia, and was salutatorian of her graduating class at Paul Laurence Dunbar High School. A scholar of great intellect, she received a B.A. with honors in 1959 at Allegheny College, and continued her education as a Woodrow Wilson Fellow, graduating with honors from American University in 1960 with a master’s degree in political science. She also earned a Master of Divinity at Howard University, and a doctorate in African American studies from Union Graduate School (now The Union Institute). She is the recipient of the Allegheny College “Gold Citation” for the “honor reflected upon the College by virtue of professional or volunteer activities.”

Her interest in Africa and her fluency in French impressed an assistant of Patrice Lumumba, the first Prime Minister of the Congo, during his visit to the United States to garner support for his newly independent nation. The assistant asked if she would be interested in working in the Congolese government and convinced Lumumba to meet with her. Lumumba hired her on the spot, and although he was assassinated before she assumed her post at the age of 22, she became a member of his cabinet as Secretary to the High Commission of the Inga Dam project. She served as the chief administrative officer, the highest office a non-native Congolese could hold. Thus began her career as a high-level government administrative officer.

Upon her return to the United States, she was one of the first foreign affairs officers in the Office of International Conferences. In that role, she was the first African American, the second woman, and the youngest person at that time to be named Secretary of Delegation, or chief administrative officer, for the State Department’s delegation to the Fourteenth General Assembly of UNESCO in Paris, France. Her travels in Africa also included her attendance at the First African Festival of the Arts in 1966 in Dakar, Senegal.

In the late 1960’s, she married William David Chapelle, III and moved to Yellow Springs, Ohio where they started their family, and she began her work as a university administrator. As the coordinator of student affairs at Wilberforce University, she advocated for the inclusion of African history in the curriculum, citing her belief that students should learn that their stories were not undergirded only by slavery and Jim Crow. She also worked at Wright State University, where she founded the Bolinga Black Cultural Resources Center.

In 1970, Seon became a PhD student at Union Graduate School, studying African and African American humanities and completing her degree in 1974. This was one of the earliest Black Studies PhD programs in the United States, and while a student in the program, she helped establish and design it. She moved back to Washington, District of Columbia and became a member of the staff of Congressman Howard Diggs, who was then the Chairman of the Committee on Africa. She was instrumental in forming Africare, an organization dedicated to securing aid to Africa. She was the first woman on their board of directors, serving as vice chairwoman.

After two years in Washington, she shifted her focus from government positions. From 1979 to 1981 she pursued a divinity degree at Howard University. Soon after she entered the divinity school at Howard, she was encouraged by family and friends to start a church. Using the old chapel on the main campus, she formed the Garden of Gethsemane and led a weekly Wednesday afternoon service. The culmination of this course of study led to another first upon her ordination by the Reverend David Eaton as a Unitarian Universalist minister in 1981 at All Souls Church, where she had been a member since 1958.

She later founded an intentionally diverse congregation on Capitol Hill called Sojourner Truth Congregation of Unitarian Universalists and was a member of the Greater Washington Area Congregation Group. She was also active in the UUA, serving on the Board Task Forces on both Campus Ministry and Young Adult Ministry. She was an organizing member of the Network of African American UUs, and the African American Unitarian Universalist Ministries (AAUUM).

After completing her PhD, she was a tenured professor of African American studies at Prince Georges Community College in Hyattsville, Maryland, retiring in 2006. She returned to Yellow Springs, Ohio where she was first a Distinguished Visiting Director, and then became fulltime director of the Bolinga Black Cultural Resources Center at Wright State University for two years.

One of the many honorary recognitions that have been bestowed on her is an award from the African Scientific Institute commemorating her African odyssey in the Congo, inscribed to Yvonne Reed Chappelle Seon, “Mama Inga.” She wrote Totem Games: Poems in Search of African Identity, a book of poetry, and Darkening the Doorways: Black Trailblazers and Missed Opportunities in Unitarian Universalism, a discussion of the issues of race and exclusion that have plagued UUism for decades. She has three children, one of whom is comedian Dave Chapelle.